Soooo yeah. We’re a small biz, homie, and we’ve had a hiccup. The coffee we selected for the September box from our wonderful friend Adrian and his roasting company Kaffi Nanorøasteri has been lost somewhere in shipping (with no fault whatsoever due to Adrian). Hence the pivot: We luckily have some rad friends (yes, we have friends) doing rad stuff, like the homie Daniel Gutierrez and his newly founded roastery: Iluminar Coffee. When we figured out that sending the coffee we selected from Kaffi Nanorøasteri this month was no longer plausible, we immediately reached out to Daniel, and he responded within seconds! I met Daniel during the 2019/2020 competition season in which I competed with him in both preliminaries and qualifiers. I was able to taste Daniel’s coffee during qualifiers (after his presentation of course) and I was stunned, and a bit fearful, in consequence of how great it was. There are others within the chain of supply that obviously deserve credit as well, and these individuals are Vivid Coffee who roasted the coffee along with the farmer who grew it, but wowzers did he kill it. I don’t do compliments often Daniel, better bookmark this blog post. Shortly after the competition season Daniel launched Iluminar, and we’ve been so stoked to see what Daniel has done and will do. I typically prefer to cup through a roasters current offerings in able to select the best fit for each Roastful box, but for obvious reasons this was not possible. Luckily, Daniel has selected an interesting Naturally processed Tabi variety from Felipe Trujillo to share with all of you this month and we couldn’t be more stoked. Daniel has been flexible beyond description considering our time frame and his schedule, so here’s to Daniel and his flexibility, and to Felipe and his hard work.

Also, here’s an excerpt about Felipe Trujillo from Yellow Rooster Coffee Imports, the Green Coffee Supplier that Daniel bought this coffee from.

“Felipe Trujillo is a fourth-generation coffee producer from Santa Bárbara, Antioquia, Colombia, and he is one of our main partners in Colombia. Aside from being an engineer by trade and a family man to his wife and kids, he is a leader by nature and driven by curiosity to dissect every aspect of coffee production. This curiosity shows itself in the cup, resulting in truly outstanding coffees with a wild divergence in flavor and experience from one method to the next. “

I have seen more Tabi in recent years, but I understand that it is not as common of a name as some other varieties grown in Colombia, like Caturra and Castillo. The Tabi varieties that I’ve experienced tend to be really creamy and fruited, with obvious variation depending on factors such as elevation and processing (to say the least). Daniel compared this Naturally processed Tabi from Felipe Trujillo to a “strawberry-banana smoothie” … wowzers.  Here is an excerpt from the website of Five Senses Coffee, a world renowned roastery based in Australia.

“Tabi which means ‘good’ in the Guambiano (a native Colombian tribe) dialect, is a variety which can be aptly described as a cultivar. The Tabi variety is the result of many years of research done by Cenicafe, starting in the 1960’s. They have most recently arrived at a variety which is resistant to Coffee Leaf Rust, but which still results in quality in the cup. Cenicafe arrived at Tabi by crossing Typica, Bourbon and the Timor Hybrid. This variety was actually released back in 2002, but only seems to be gaining in popularity now.” 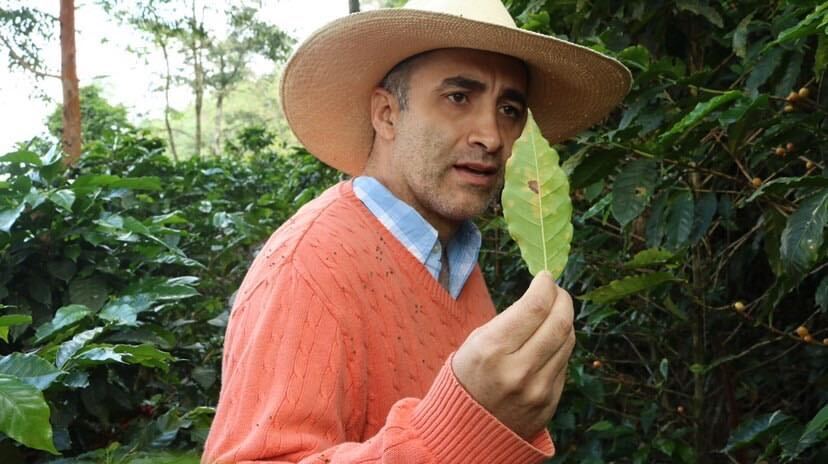 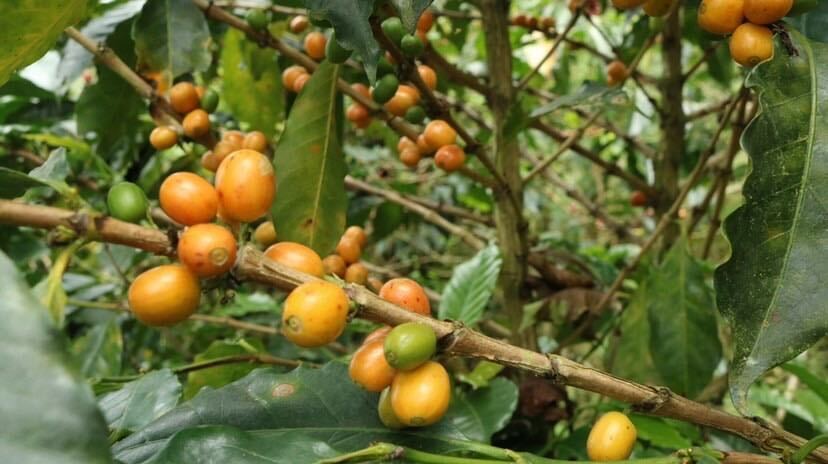 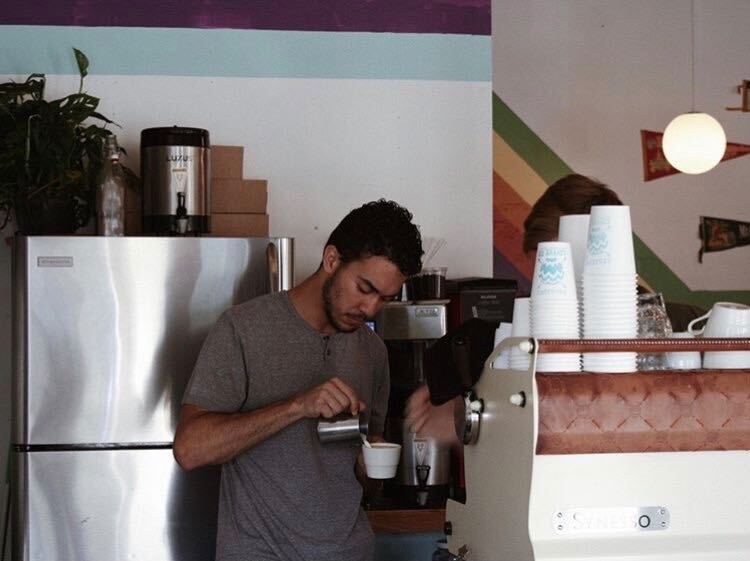