Back in March I had in my possession what was probably the best Peruvian coffee that I had ever tasted. It was grown by a producer named Eduardo Campos, and it was roasted by a small roastery in Galway, Ireland called Calendar Coffee. This coffee was vibrant, floral, juicy, and sweet. A personal defining quality for how well a coffee is roasted is how well it ages. Aromatic compounds begin to dissipate as the coffee ages and it can leave behind really sweet coffee, or it can reveal holes left from the roast. This coffee tasted better two months after roast than it did two weeks after roast. Several people deserve credit for this quality: Eduardo and his employees deserve credit for the care and diligence that was provided for this coffee; Any person responsible for handling this coffee from the time it left Eduardo to the time it arrived in Galway where it was roasted deserves some credit; The company roasting this coffee deserves credit.

In the specialty coffee industry we have a habit of pointing the finger directly at the roaster. It is an industry that, most of the time, the person responsible for growing the agricultural product and the person selling the agricultural product are not the same. I blame our humanity for the reasoning behind the direction of our praise. We often skip steps in the process of everything we do. For example, if a person is tired, what is oftentimes the method of coping? We answer with Caffeine. Has that person stopped to examine the root of why they are tired? Maybe, but oftentimes no, we go on our way. We are trying to prune the issue rather than dig up the root. We like to get to the finish line, but we should be aiming to simply start running. If there is ever a company that understands this concept, it is Calendar Coffee.

Zarah and Dan, like a lot of homies who end up in a similar position, were not intending to work in coffee. Zarah was playing in a band and needed a job to fill her time not being a complete Rockstar (she still was, just not the musical kind in this scenario). The totally absolutely obvious choice was to work on bar at one of the best cafes in London: Workshop Coffee. Dan was a Biology major. He was attending a boujee tradeshow one night with the bar that he was managing, and at this trade show he met a coffee roaster named James. James shared with Dan his passion for roasting coffee, and Dan, being the nerd that he was and still is (In a good way Dan, I dig it) was intrigued by the opportunity for chemistry in coffee roasting. He went home and told his mom that he did not want to be a biologist, but instead, a coffee roaster. Fun convo… Right, coffee peeps? So, Dan moved to London and became a production assistant at the Workshop Roastery. This is obviously where Dan and Zarah met.

Why did I include somewhat philosophical thoughts on running and pruning or whatever I mentioned? For instance, I asked both Dan and Zarah how they would describe their approach to roasting. When most roasters are asked this question, they immediately begin to describe roasting ideology and/or what they are aiming to highlight in the coffees that they roast. Zarah on the other hand began to immediately describe Calendar’s approach to buying green coffee. For those who are not familiar with the term green coffee, I’m referring to the pale/green unroasted seed that roasters buy, hit with some heat, and turn into the roasted product.  Zarah claimed that starting with green coffee of excellent quality would make their job pretty easy. While this is not by any means a new idea in specialty coffee, it is not a typical response to a question concerning approach to roasting. It is however a response that describes Calendar perfectly.

Zarah and Dan understand that great things must start at the root. They are always aiming to point back to origin, to elevate rather than to innovate. Since I have been in coffee, I’ve asked different coffee homies what their favorite part of working in the coffee industry is. I’ve asked this question at least 30 times, and I’ve never received the same response. Yes, some answers have shared similarities, however,  without lack of variation. Here are Dan and Zarah’s answers to my question:

Dan: “Sourcing! I find it fascinating how coffee can taste so different depending on where it was grown, the variety, how it was processed, and climate conditions. Coffee still has so far to go in terms of quality and there are still so many unknowns which I find very exciting!”

Zarah: “My absolute favorite part of my job is bringing seasonal coffee to people and places that might otherwise not have access to it.”

It’s easy to forget that when we share about why we believe that coffee is so dope that the person we are sharing with may not quite grasp what we are telling them. We again like to skip steps, and rather explain that there are in fact different cultivars within the arabica species of coffee, we are explaining why “Geisha is dope as heck”. Who said that? Not me, I’m more of a Mejorado kinda fella myself (jk, Geisha is dope too). That person is most likely asking, “What even is a Geisha?” Dan and Zarah make a great team because while they have one vision and one direction, they bring different approaches and talents to the table. While they both love and understand that differentiation between coffee is awesome, they must first make that coffee accessible.

I should clarify that I am not aiming to downplay the role of a coffee roaster. Without the roasted product, we would only have sparkling green coffee beverages that supposedly tastes of peppers and peas (I’m also not taking a stab at the company bottling these drinks; that is the claim for flavor). What I am encouraging is that not only coffee homies, but all homies follow the example of Calendar coffee. Calendar is a company that renovated (for the most part) their entire roastery on their own. They are a young company that is choosing to implement practices that leave a lesser environmental footprint now, rather than later. Calendar’s product is, in my opinion, one of the best in the world. I believe this stems from their consciousness to begin at the root for everything that they do. Calendar Coffee deserves credit. 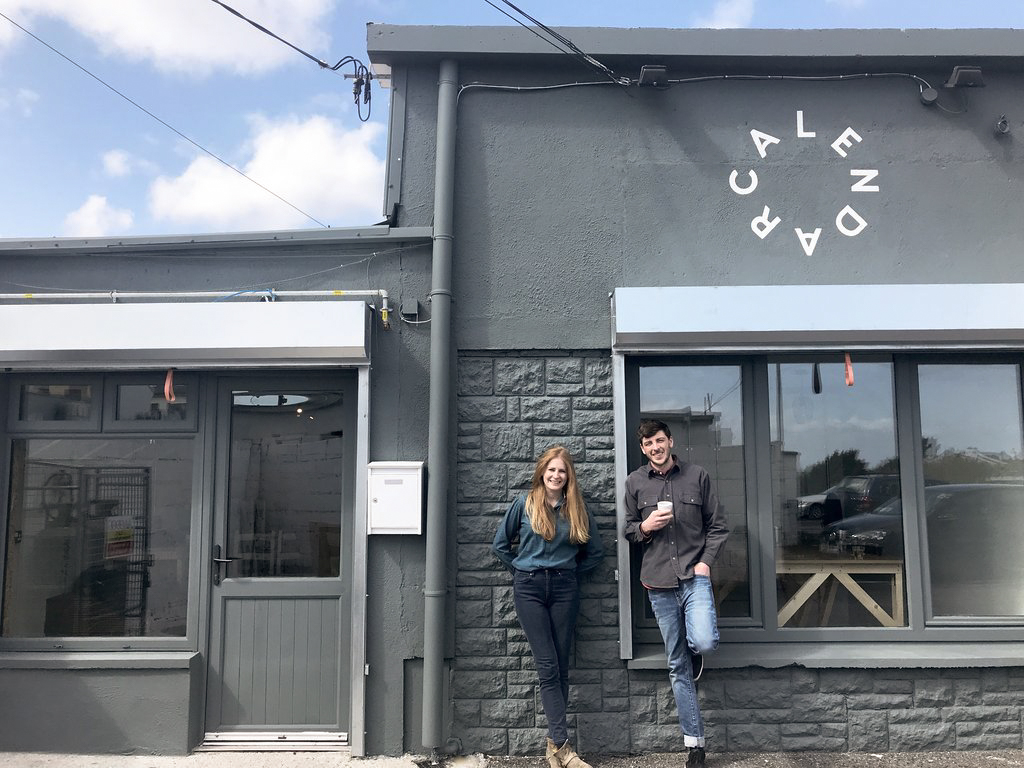 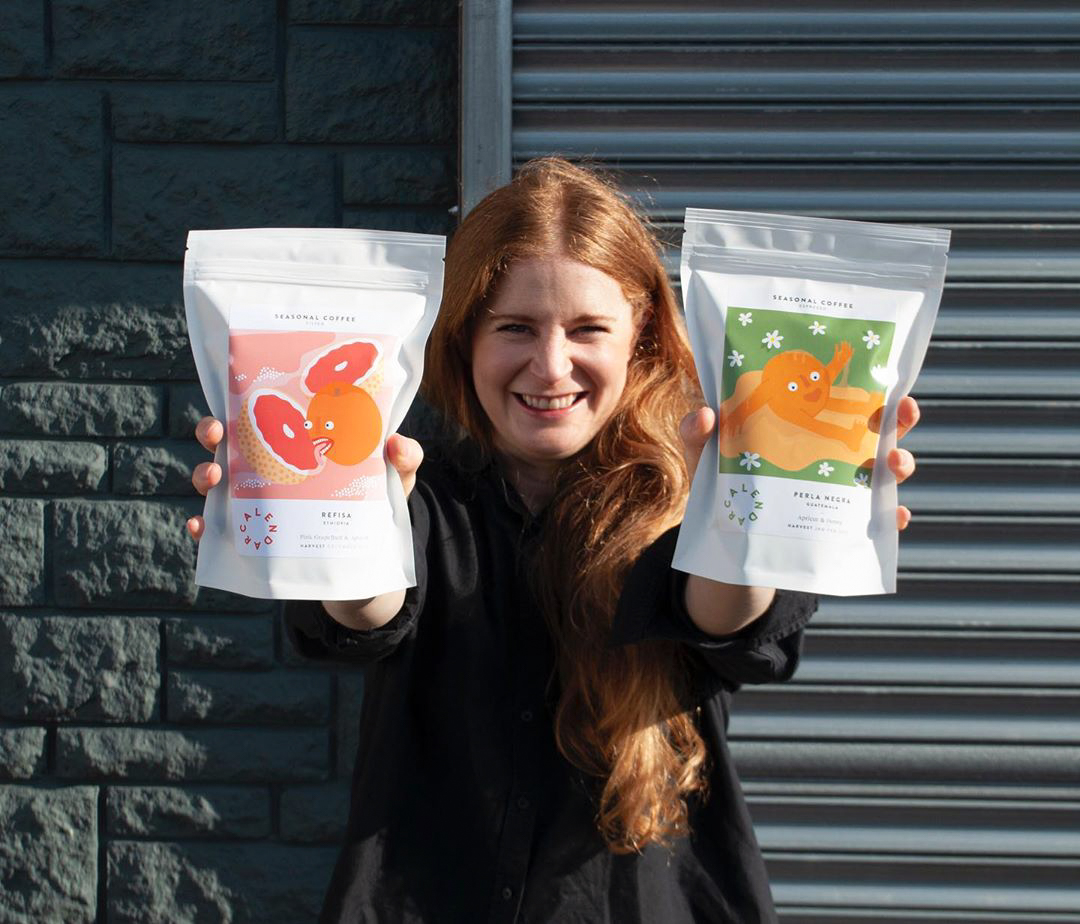